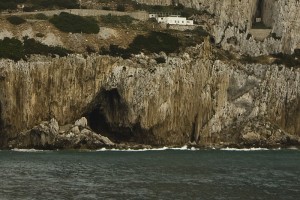 Who created the first Abstract Art?

The oldest known example of abstract art has been discovered in a cave in Gibraltar. The work, a series of criss-crossed lines cut into stone, was carried out 40,000 years ago.

The work was created by Neanderthals, precursors of modern humans, who until now had been considered incapable of abstract thought and expression. 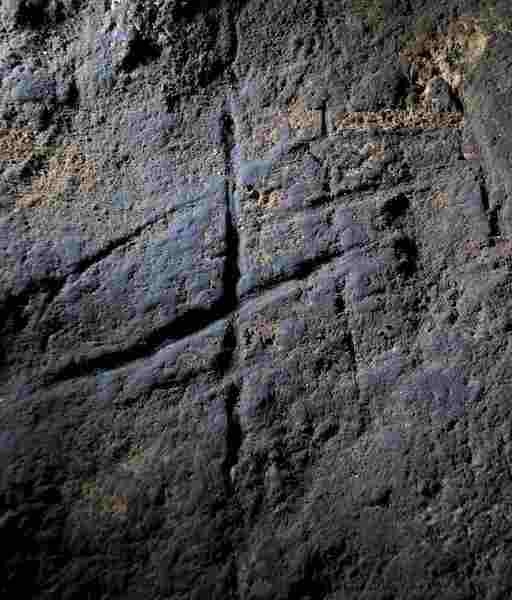 Who created the first Abstract Art?

This earliest form of Abstract Art was found in Gorham’s Cave in Gibraltar.

Creating paintings or carvings in caves is seen as a cognitive step in human development,” said Prof Joaquín Rodríguez-Vidal of the University of Huelva – one of the researchers whose study of the cave was published in the Proceedings of the National Academy of Sciences. This behaviour was considered exclusive to modern humans and has been used as an argument to distinguish our direct ancestors from ancient man, including Neanderthals.

This early form of abstract art, a symbolic rock engraving was found in the cave during July 2012. An international team of researchers carrying out excavations in the cave uncovered a series of criss-crossing lines covering approximately a one-square-metre area, cut into the surface of a ledge about 100 meters, 330 ft, from its entrance. The engraving consists of eight lines arranged in two groups of three long lines and intersected by two shorter ones, suggesting that it is a symbol. The engravings are thought to be at least 39,000 years old, because they were found below a layer of undisturbed sediment of that age in which 294 Neanderthal stone tools were discovered.

It is not known what the meaning of the abstract engraving might have been, nor indeed, whether it had a meaning at all. Clive Finlayson of the Gibraltar Museum notes that “the engraving is at the point in the cave where the cave’s orientation changes by 90 degrees” and speculates whether the engraving was related to the location: “It’s almost like Clapham Junction, like it’s showing an intersection. I’m speculating, but it does make you wonder whether it has something to do with mapping, or saying: ‘This is where you are’.” Francesco d’Errico, the director of research at CRNS, comments: “It’s in a fixed location so, for example, it could be something to indicate to other Neanderthals visiting the cave that somebody was already using it, or that there was a group that owned that cave.” Tacon notes that whatever the meaning, “the fact that they were marking their territory in this way before modern humans arrived in the region has huge implications for debates about what it is to be human and the origin of art.” The ledge where the engraving was found may have been used by the Neanderthals as a place where they could rest at night, safe from predators; Finlayson comments that it was “a perfect place to rest and carve something.” 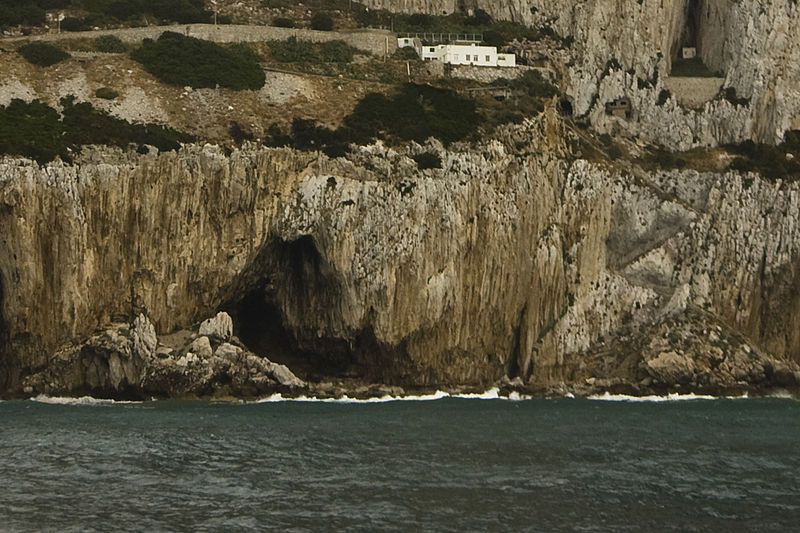 The Neanderthals are an extinct species of human in the genus Homo, possibly a subspecies of Homo sapiens. They are very closely related to modern humans, differing in DNA by just 0.12%. Remains left by Neanderthals include bone and stone tools, which are found in Eurasia, from Western Europe to Central and Northern Asia. The species is named after the Neander Valley, in Germany where they were first discovered.

With an average cranial capacity of 1600 cm3, Neanderthal’s cranial capacity is notably larger than the 1400 cm3 average for modern humans, indicating that their brain size was larger. However, owing to larger body size, Neanderthals are less encephalized.- Encephalization is defined as the amount of brain mass related to an animal’s total body mass and directly related to that animal’s level of intelligence – Males stood 65–66 inches and females about 60–61 inches or about 5 feet tall. 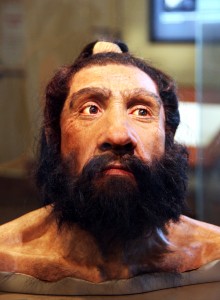 This is a complex being, Homo Neanderthalensis, who disappeared some 30,000 years ago after a nearly 200,000-year run. They buried their dead and likely used pigments to decorate their bodies and clothes. This particular Neanderthal, is the only other hominid that appears to have styled its hair. A lot of the features of the Neanderthal face were related to cold adaptation. They have really large noses, and some people have argued that this is to warm and humidify cold, dry air as it comes in.