Henry the Navigator is regarded as the main initiator of what would be known as the Age of Discoveries.
Henry attracted to the city of Sagres on Portugal’s southwestern tip the leading navigators, map makers and thinkers of his day. From Sagres, Henry directed a grand imperial scheme, dispatching his mariners into the unknown waters of the African coast and the islands of the Atlantic. In so doing he laid the foundations for the later voyage of discovery by Vasco da Gama to India and the growth of a global commercial empire that would eventually stretch from India and Malaysia in the east to Brazil in the west.

Prince Henry The Navigator was one of the leading proponents of Portuguese expansion in the middle decades of the 1400s, and he did in fact play a leading role in organizing the early Portuguese voyages along the African coast. 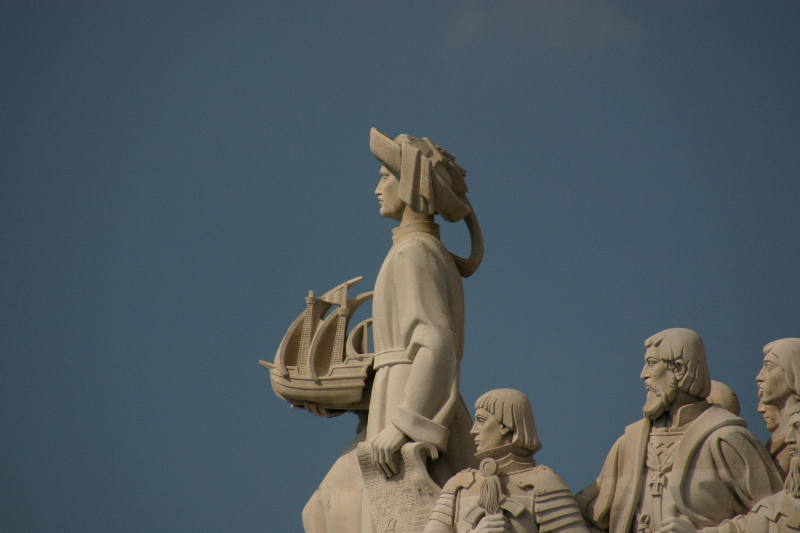 Henry The Navigator on “Monument to the Discoveries” Lisbon Portugal

Even before taking up residence in Sagres, Henry had already begun to patronize Portuguese maritime expeditions south along the African coast. The goals and motives of these missions were various. They included gaining a military advantage against the Muslims of North Africa, finding allies to help in the struggle against Islam, establishing direct contact with the African gold trade then dominated by the Muslims, and simple curiosity concerning what they might find in these previously uncharted regions. 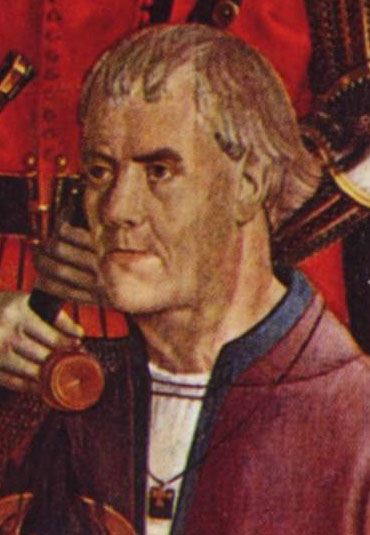 Portrait believed to be the true likeness of Henry the Navigator.

Traditional biographies of Henry have credited him with other revolutionary achievements such as the invention of the oceangoing caravel ship and the perfection of the critical navigational instrument called the astrolabe. Both claims are groundless because Henry was no navigator. A politician and soldier, he actually spent little time at sea. Rather than a heroic figure who single-handedly fathered the Portuguese empire, Henry was just one key political advocate of a broad and gradual process of Portuguese expansion that involved the efforts of hundreds of sailors, scholars, and statesmen.

Referring to Henry The Navigator’s School at Sagres, sixteenth century Portuguese mathematician and cosmographer, Pedro Nunes, remarked, “”from it our sailors went out well taught and provided with instruments and rules which all map makers and navigators should know.”

The view that Henry’s court rapidly grew into the technological base for exploration, with a naval arsenal and an observatory, and such, has never been established. Henry did possess geographical curiosity, and employed cartographers. Jehuda Cresques, a noted cartographer, has been said to have accepted an invitation to come to Portugal to make maps for Henry.

General depiction of the winds (green) and currents (blue) and the approximate sailing routes (red) of Portuguese navigators during the era of Henry the Navigator (c.1430-1460). The further south the ships go, the wider the return, and the more open sea sailing required. During these early stages of Portuguese exploration, there is no evidence that Henry envisioned sailing directly to India by rounding Africa’s southern tip, as Vasco da Gama would later succeed in doing in his 1497-1499 voyage long after Henry’s death. A key mental obstacle to these early voyages was the long-held belief among Portuguese mariners that if a ship sailed past Cape Bojador on the African coast, strong currents and unfavorable winds would make it impossible to return to Portugal. It was one of Henry’s captains, Gil Eannes, who finally disproved this myth in 1434 by successfully navigating around the cape and returning to Portugal. Subsequent Portuguese voyages, some commissioned by Henry and others financed by private commercial interests, continued to sail further down the African coast. In 1446 Henry received as a grant from his nephew King Afonso a commercial monopoly on all trade south of Cape Bojador. Portuguese expeditions in the later years of Henry’s life developed along the African coast a flourishing trade in gold, ivory, and even slaves, many of whom were shipped to Portugal’s colonies in the Madeira Islands to work on sugar plantations. By the time of Henry’s death in 1460, Portuguese navigators had sailed as far south as the mouth of the Gambia River. 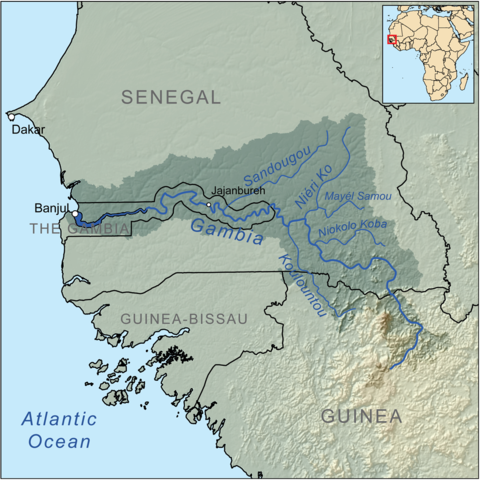 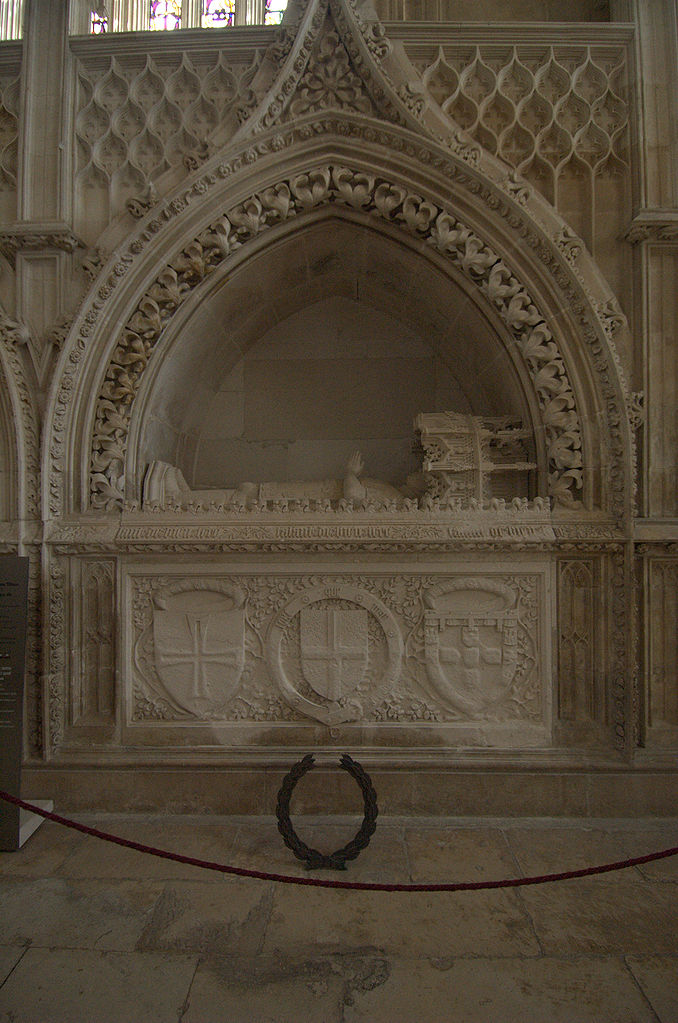 Henry The Navigator’s tomb in the Monastery of Batalha

No one used the nickname ‘Henry The Navigator‘ to refer to prince Henry during his lifetime or in the following three centuries. The term was coined by two nineteenth-century German historians: Heinrich Schaefer and Gustav de Veer. Later on it was made popular by two British authors who included it in the titles of their biographies of the prince: Henry Major in 1868 and Raymond Beazley in 1895.[8] In Portuguese, even in modern times, it is uncommon to call him by this epithet; the preferred use is “Infante D. Henrique”.