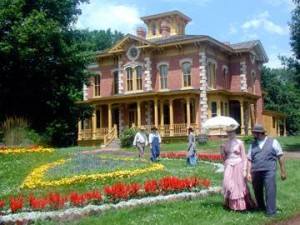 Living History Farms is a 500-acre open air museum located in Urbandale, Iowa. The museum’s mission is to educate visitors and demonstrate the past 300 years of Iowa’s agricultural history. As its name implies, the museum follows the methodology of living history in depicting the lives of people living on farms in the years of 1700, 1850, and 1900, engaging in various agricultural activities. 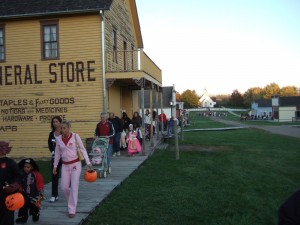 The 1900 Horse Powered Farm demonstrates the changes that modern machinery and the Industrial Revolution had on farm life. Handwork was replaced by the use of machinery and work within the farm house changed to include methods such as canning. 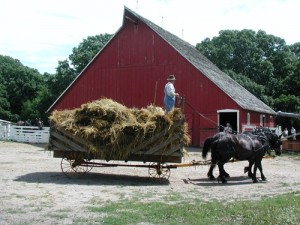 By 1900, most farmers used draft horses for hard labor. The 1,800 pound animals plowed the fields for corn and oats, planted the crops, cultivated the fields, brought in the hay crop, pulled wagons of field corn, hauled manure. Farms would not have been as successful without the aid of the horses.

The Living History Farms has a great Museum Blog. As well as an extencive Calendar of Events.


The 1700 Ioway Indian Farm features the farming techniques of the Ioway Indians. The farm includes produce originating from the 1700s including blue corn and Omaha melons. Interpreters inform visitors about the Ioway lifestyle including topics such as hunting, roles of men and women, and tool making. Demonstrations include tanning hide, food preparation, and making traditional pottery. 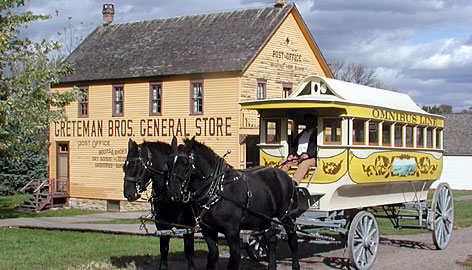 The 1850 Pioneer Farm includes a log cabin where visitors are able to see how women cooked with cast iron over a fire, as well as tasks done by hand such as wool spinning and candle making. Outside visitors can see an ox driven plow till the fields filled with crops of corn, wheat, and potatoes. 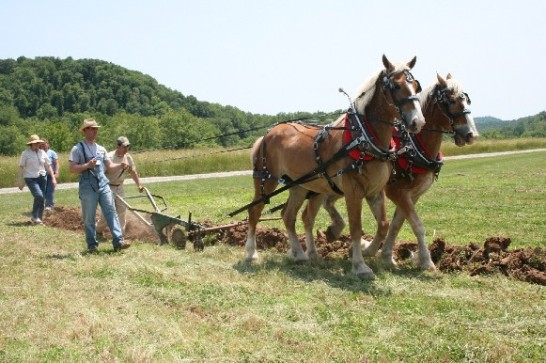 The 1875 Town of Walnut Hill features a general store, schoolhouse, Victorian mansion, bank, and law office among other pioneer town buildings. The town portrays the relationship and dependency between the town’s people, the merchants, and the farmers. 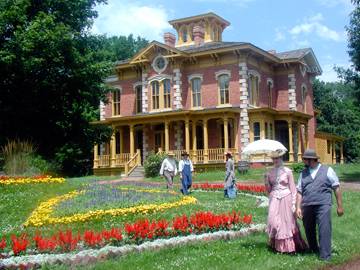 Living History Farms in Urbandale, Iowa, is an interactive, 500-acre outdoor museum that tells the amazing story of how Iowans transformed the fertile prairies of the Midwest over 300 years into the most productive farmland in the world.