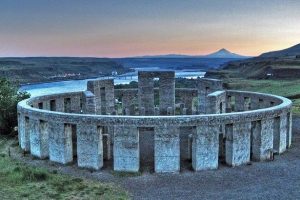 The Maryhill Stonehenge is a replica of England’s Stonehenge located in Maryhill, Washington. It was commissioned in the early 20th century by businessman Samuel Hill and dedicated on July 4, 1918 as a memorial to those who had died in World War I. The memorial was completed in 1929. It is constructed of concrete. 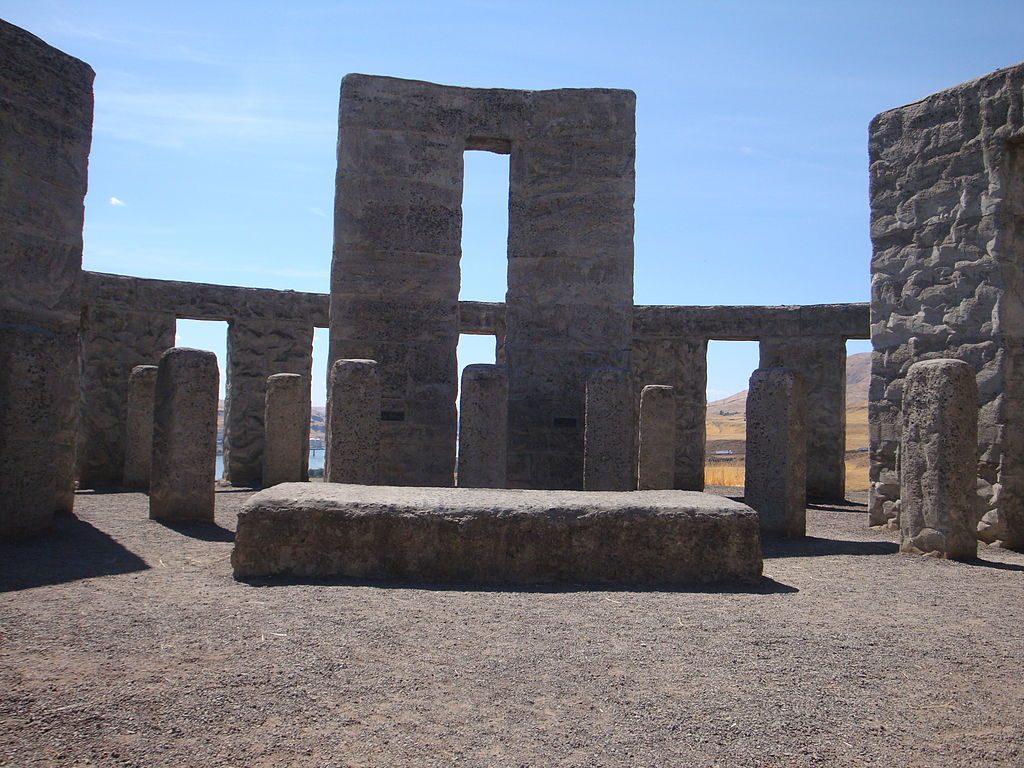 Altar Inside the Maryhill Stonehenge Replica

The Maryhill Stonehenge is now part of the Maryhill Museum of Art, which also includes monuments to the soldiers of Klickitat County who died in World War II, Korea, and Vietnam.

This concrete landmark is located off U.S. Highway 97, about two miles from where it enters Washington from Oregon, by crossing the Columbia River. Admission is free to visit the memorial; but donations for its continued maintenance are appreciated. 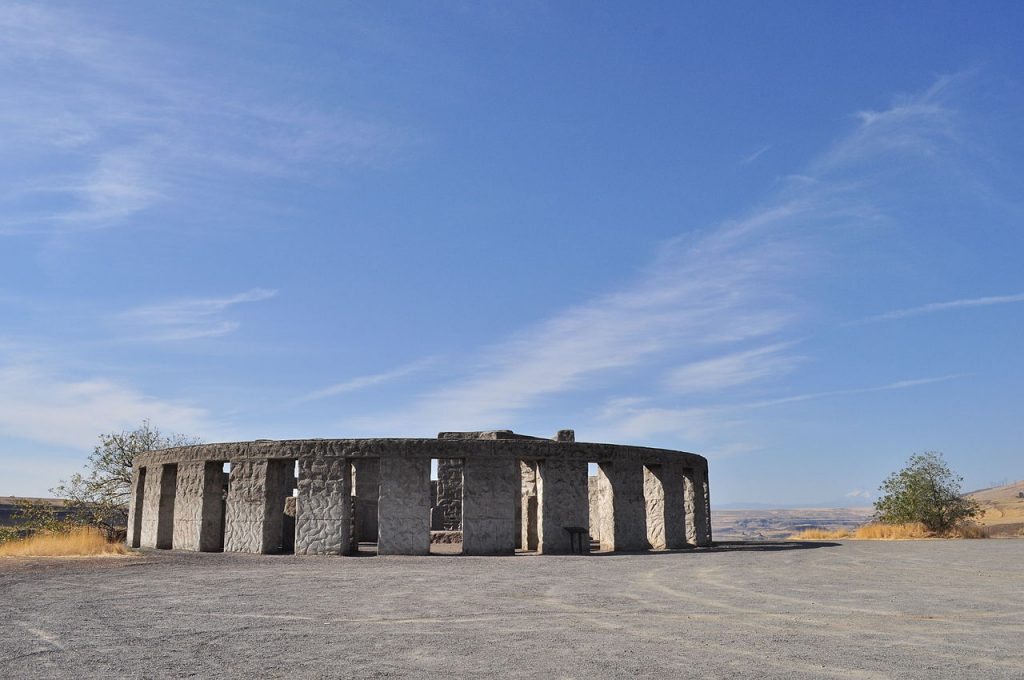 The dedication plaque on this Washington Stonehenge is inscribed:


“In memory of the soldiers of Klickitat County who gave their lives in defense of their country. This monument is erected in the hope that others inspired by the example of their valor and their heroism may share in that love of liberty and burn with that fire of patriotism which death can alone quench.” 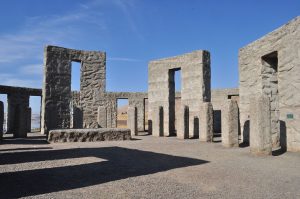 Visit Stonehenge and the Maryhill Museum of Art is a world-class collection of art ranging from early 20th century European works to an extensive Native American collection.

Set on a stunning 5,300-acre site overlooking the scenic Columbia River Gorge, Maryhill Museum of Art is one of the Pacific Northwest’s most fascinating cultural destinations and located just 100 miles east of Portland, Oregon.