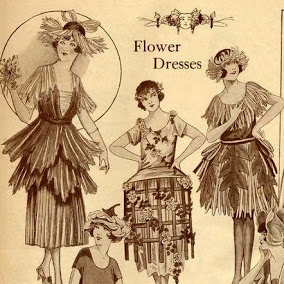 The Tulsa Art Deco Museum is located in Tulsa, Oklahoma. The Tulsa Art Deco Museum opened its doors in May of 2012. The museum is unique in Tulsa. Housed in the lobby of the Philcade, the museum displays are throughout the lobby, which itself is a wonderful example of Tulsa Art Deco. Tulsa houses two world-renowned art museums, full-time professional opera and ballet companies, and one of the nation’s largest concentrations of art deco architecture. 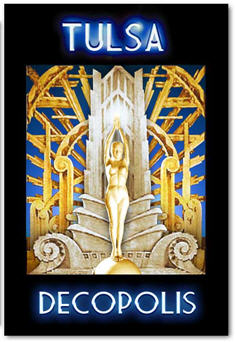 Art Deco, or Deco, is an influential visual arts design style that first appeared in France after World War I and began flourishing internationally in the 1920s, 1930s and 1940s before its popularity waned after World War II. It is an eclectic style that combines traditional craft motifs with Machine Age imagery and materials. The style is often characterized by rich colors, bold geometric shapes and lavish ornamentation. 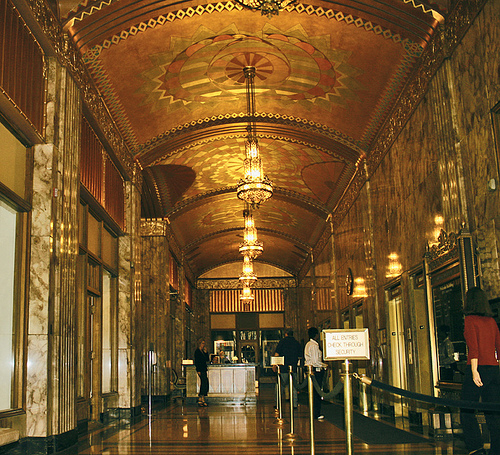 Art Deco emerged from the interwar period when rapid industrialisation was transforming culture. One of its major attributes is an embrace of technology. This distinguishes Deco from the organic motifs favored by its predecessor Art Nouveau.

The Tulsa Art Deco Museum is a boutique window gallery museum featuring various Art Deco artifacts and Tulsa history. The museum is located in the fabulous lobby of the Philcade Building in the heart of Downtown Tulsa.

The Museum is run by the Arts and Humanities Council of Tulsa, a 501(c)3 organization. 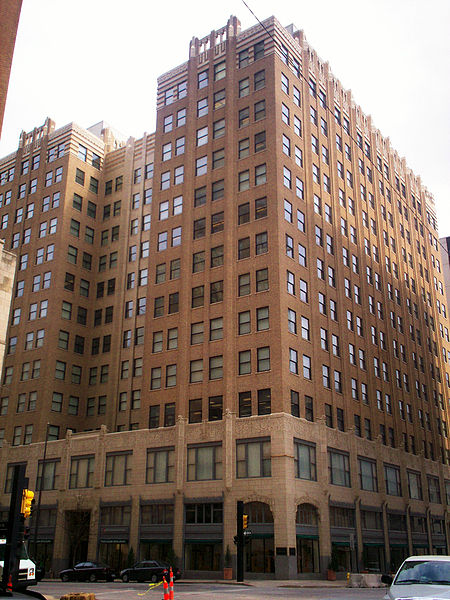 The Philcade Building is an office building in downtown Tulsa, Oklahoma at the southeast corner of East 5th Street and South Boston Avenue. Designed by Leon B. Senter, for oilman Waite Phillips, it was begun in 1929 and completed in 1931. It is noted for its Art Deco zigzag style architecture. The building was listed in the National Register on September 18, 1986, under National Register Criterion C. Its NRIS number is 86002196. It is also a contributing property of the Oil Capital Historic District in Tulsa