Fundraising by playing games from the 50’s and 60’s. Children today are very interested in how there parents played when they were kids. Parents are nostalgic for their own youth.

A great fundraiser can combine these two and patrons can have a great time too!

Here are a few games to use: 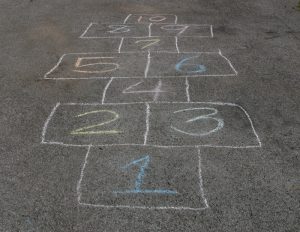 Hopscotch: Use some sidewalk chalk and make a hopscotch grid. Number the squares from one to nine. Pick a rock that is good for tossing. Small ones can bounce too much, and larger ones are hard to throw.

Start by tossing the rock onto Square 1. Hop over the rock and hop with a single foot or both feet, to follow the hopscotch pattern, all the way to the end. Turn around and come back, stopping on Square 2. Balancing on one foot, pick up the rock in Square 1 and hop over Square 1 to the start. Continue this pattern with Square 2. And so on. If you toss your rock and miss the correct square, your turn is over. This game can be played with any number of people, but only one person can go at a time. If it’s raining or dark or too cold, you can get indoor hopscotch mats or foam pieces, or just find a pattern on the floor to follow, perhaps using a beanbag instead of a rock.

Number of Players: One at a time. 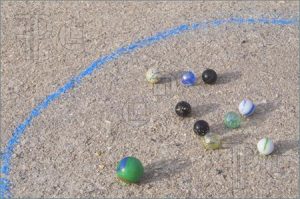 Marbles: The general rules specify that you draw a circle in the sand or on the sidewalk, and then take turns trying to knock each other’s marbles out of the circle with your one large marble. As with the other games, there are countless variations. I haven’t played this game at length, though, because I always seem to hurt myself flicking the large marble into the ring! You can also use a marble mat which contains different point zones.

Number of Players: At least two. 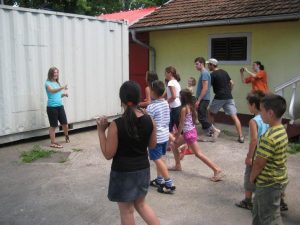 Number of Players: A small group.

Telephone: This game is one in which most people end up laughing quite a bit, so if you’re in the mood for silliness, give it a go. Players sit in a circle. One person thinks up a sentence or phrase and whispers it to the next person. That person repeats it to the person on their other side. This continues around the circle. When it finally reaches the last person, that person says the sentence out loud. Hilarity ensues. The ending sentence is usually quite changed from the beginning sentence, since errors tend to compound as they go around the circle.

Number of Players: A small group. 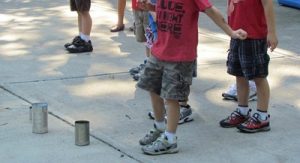 Kick the Can: This game is a variation of tag and hide & seek. One person or a team of people are designated as “it” and a can is placed in the middle of the playing area. The other people run off and hide while the “it” covers his or her eyes and counts to a certain number. “It” then tries to find everyone. If a person is tagged by “it”, they go into a holding pen for captured players. If one of the un-captured players manages to kick the can, the captured players are released. The game is over once all the non-“it” players are in the holding pen.

Equipment: A metal can. 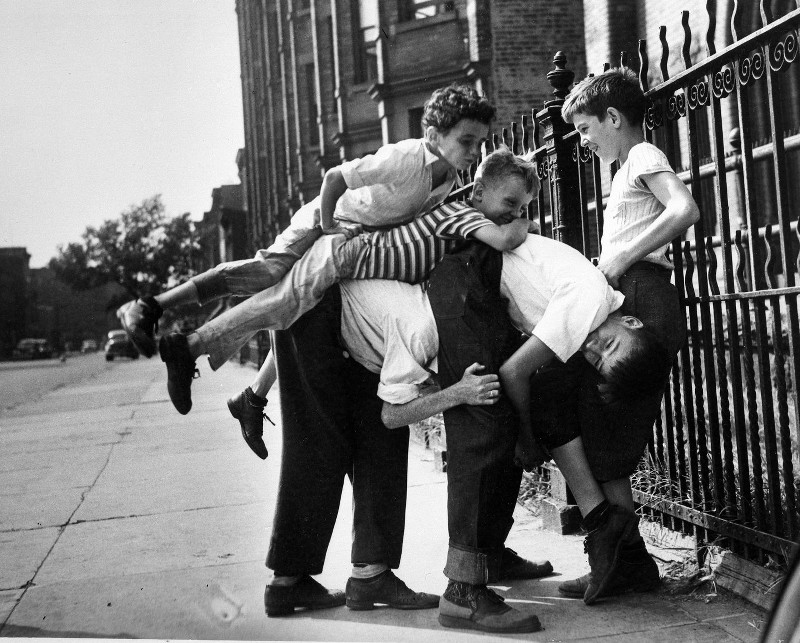 Buck Buck: also known as Johnny-on-a-Pony or Johnny-on-the-Pony is a children’s game with several variants. One version of the game is played when “one player climbs another’s back” and the climber guesses “the number of certain objects out of sight.” Another version of the game is played with “one group of players climbing on the backs of a second group in order to build as large a pile as possible or to cause the supporting players to collapse.”

As early as the 16th century, children in Europe and the Near East played Buck, Buck, which had been called “Bucca Bucca quot sunt hic?”. Pieter Bruegel’s painting “Children’s Games” (1560) depicts children playing a variant of the game. 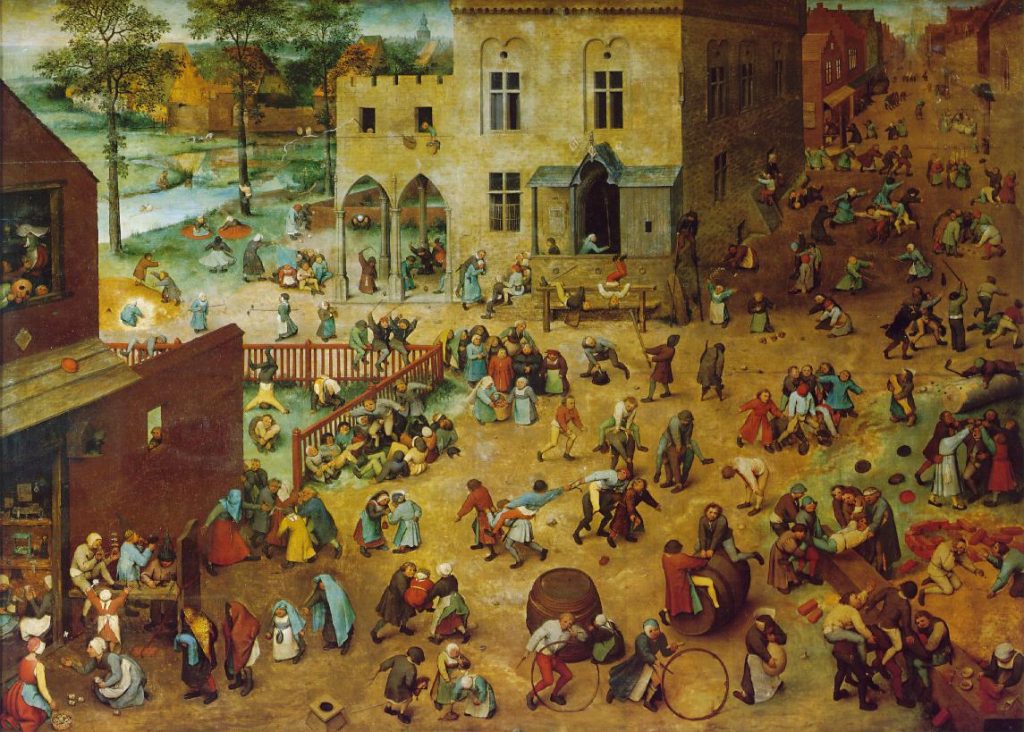