Warning: "continue" targeting switch is equivalent to "break". Did you mean to use "continue 2"? in /homepages/29/d203955307/htdocs/allwoodc/courier/wp-content/plugins/social-networks-auto-poster-facebook-twitter-g/inc/nxs_functions_engine.php on line 175
 iHist – The Inauguration of George Washington, 1789 | Allwood Courier ↓
Home Menu ↓
Home→iHist→iHist – The Inauguration of George Washington, 1789 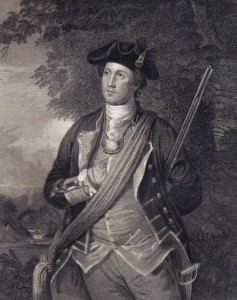 iHist – The Inauguration of George Washington, 1789

The inauguration of George Washington as the first President of the United States took place on April 30, 1789.

This started the first four-year term of George Washington as President. John Adams had already taken office as Vice President on April 21. Sworn in by Chancellor of New York Robert, Washington became the first President of the United States following the ratification of the Constitution. 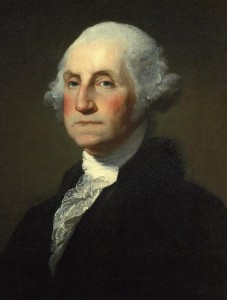 Washington was a reluctant politician and president. He did not want to leave the serenity and beauty of his home in Mount Vernon. His journal entry for that day noted:

“About 10 o’clock I bade adieu to Mount Vernon, to private life, and to domestic felicity, and with a mind oppressed with more anxious and painful sensations than I have words to express, set out for New York in company with Mr. Thompson, and Colonel Humphries, with the best dispositions to render service to my country in obedience to its call, but with less hope of answering its expectations.”

Washington’s return to the city after he was declared the first president by the Electoral College was an inspiring sight, as Rudolph Von Dorsten, the secretary of Dutch Legation in New York City, described in his journal. The soon-to-be president’s barge was flanked by citizen ships and greeted by the top officials of the time, including Gov. George Clinton.

This drawing depicts George Washington arriving in New York by barge on his first Inauguration Day on April 30, 1789.

“President George Washington made his entry into New York on Thursday, April 23d. On the previous day a barge left this city. The barge was built expressly by the citizens of New York, and was rowed by thirteen pilots, all dressed in white. A committee of three Senators and five Representatives on behalf of Congress, and three of the first officers on behalf of New York, went to Elizabethtown in New Jersey, to welcome the President, and to await his arrival there. His Excellency was also accompanied by some well-equipped sloops and by a multitude of small craft with citizens of New Jersey and New York on board.

A Spanish royal packet-boat, happening to be anchored at the entrance of the harbor, at sight of the barge, on board of which was the President, fired a signal-shot, whereupon that vessel was dressed at once with the flags of all nations. When the presidential barge passed, the Spanish vessel saluted his Excellency by firing thirteen guns, which was repeated by the Battery, and again thirteen guns were fired by the fort when the President landed.

His Excellency was received by Governor George Clinton, the mayor of the city and other officers, and, after a procession had formed, consisting of some companies of uniformed citizens and the merchants and other citizens of the city, the President walked with his escort and, Governor Clinton at his side, to the house prepared by Congress for his use.”

Washington is Sworn in: 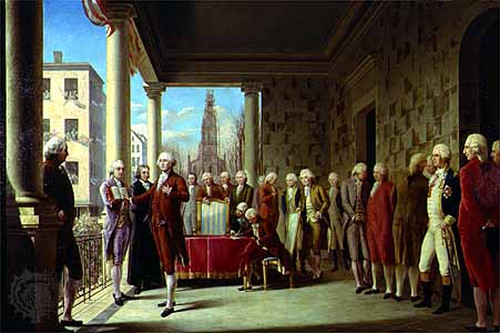 William Maclay was one of the first two senators from Pennsylvania. He drew a two-year term in the allotment of term lengths for the 1st Congress and was not reelected. He kept a diary of his experiences at Washington’s Inauguration:

“The President advanced between the Senate and Representatives, bowing to each. He was placed in the chair by the Vice-President; the Senate with their president on the right, the Speaker and the Representatives on his left. The Vice-President rose and addressed a short sentence to him. The import of it was that he should now take the oath of office as President. He seemed to have forgot half what he was to say, for he made a dead pause and stood for some time, to appearance, in a vacant mood. He finished with a formal bow, and the President was conducted out of the middle window into the gallery, and the oath was administered by the Chancellor. Notice that the business done was communicated to the crowd by proclamation, etc., who gave three cheers, and repeated it on the President bowing to them.

As the company returned into the Senate chamber, the President took the, chair and the Senators and Representatives, their seats. He rose, and all arose also, and addressed them. This great man was agitated and embarrassed more than ever he was by the leveled cannon or pointed musket. He trembled, and several times could scarce make out to read, though it must be supposed he had often read it before.

When he came to the words all the world, he made a flourish with his right hand, which left rather an ungainly impression. I sincerely, for my part, wished all set ceremony in the hands of the dancing-masters, and that this first of men had read off his address in the plainest manner, without ever taking his eyes from the paper, for I felt hurt that he was not first in everything.

He was dressed in deep brown, with metal buttons, with an eagle on them, white stockings, a. bag, and sword.”