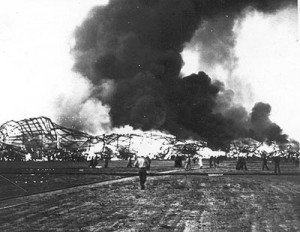 The Hindenburg Disaster took place Thursday, May 6, 1937. The German passenger airship LZ 129 Hindenburg caught fire and exploded during its attempt to dock with its mooring mast at Naval Air Station Lakehurst, located in Lakehurst, New Jersey. 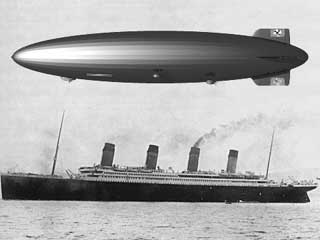 The Hindenburg was nearly the size of the RMS Titanic 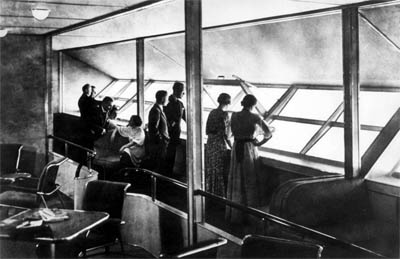 The lounge of the Hindenburg

The Hindenburg disaster was the subject of spectacular newsreel coverage, photographs, and Herbert Morrison’s recorded radio eyewitness reports from the landing field, which were broadcast the next day. A variety of hypotheses about the Hindenburg Disaster have been put forward for both the cause of ignition and the initial fuel for the ensuing fire. The incident shattered public confidence in the giant, passenger-carrying rigid airship and marked the end of the airship era. 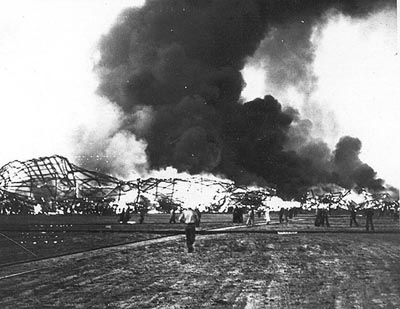 The remains of the Hindenburg on the ground

The actual site of the Hindenburg crash is at Naval Air Station Lakehurst, renamed by the Naval Air Systems Command –NAVAIR- as Naval Air Engineering Station –NAES- Lakehurst or “Navy Lakehurst” for short. The Hindenburg disaster site is marked with a chain-outlined pad and bronze plaque where the airship’s gondola landed. It was dedicated on May 6, 1987, the 50th anniversary of the disaster. Hangar No.1, which still stands, is where the airship was to be housed after landing. It was designated a Registered National Historic Landmark in 1968. Pre-registered tours are held through the Navy Lakehurst Historical Society. Due to security concerns, no foreign nationals are permitted on the tours. 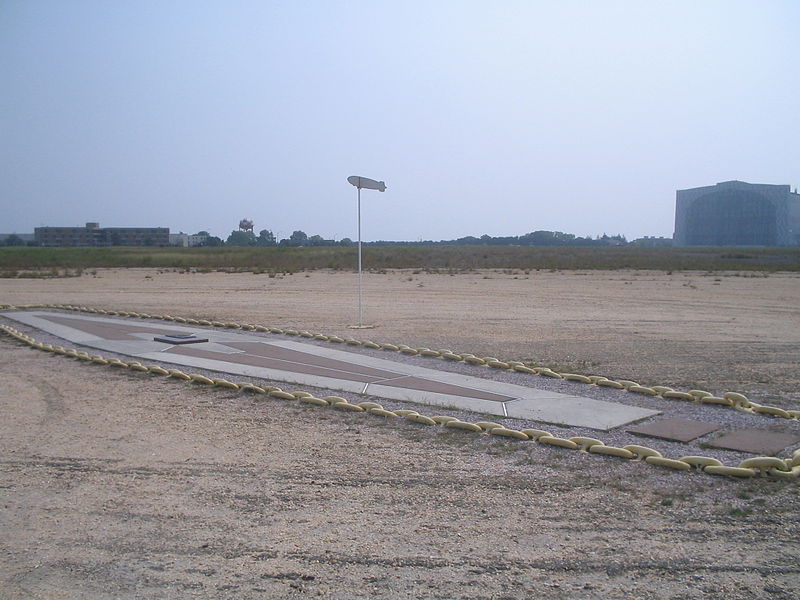 The memorial at Lakehurst showing the ground marker, the little zeppelin, with Hangar One in the background.