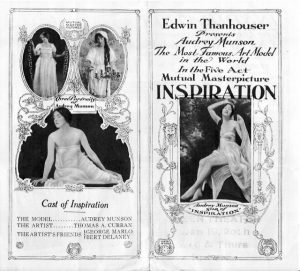 INSPIRATION, Staring Audrey Munson Tells of the wonderful adventures of a country girl — adrift in a great city — who overcomes every obstacle and becomes the most famous model in the world.

Published in the US in 1915 by the Thanhouser Film Corporation; this is either a frame from the film or a publicity still made on the set at the same time. 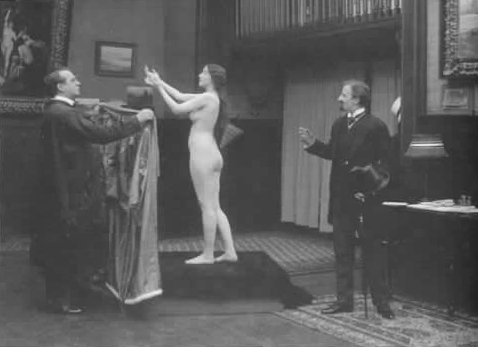 Actress Audrey Munson (center) in role as artist’s model in the 1915 film Inspiration. On the left: Sculptor Daniel Chester French.

A young sculptor searches for the perfect model to inspire his work. He finds a poverty-stricken girl who he thinks is the one he has been looking for. When she wanders off, he visits all the famous statues in Manhattan hoping to find her again. 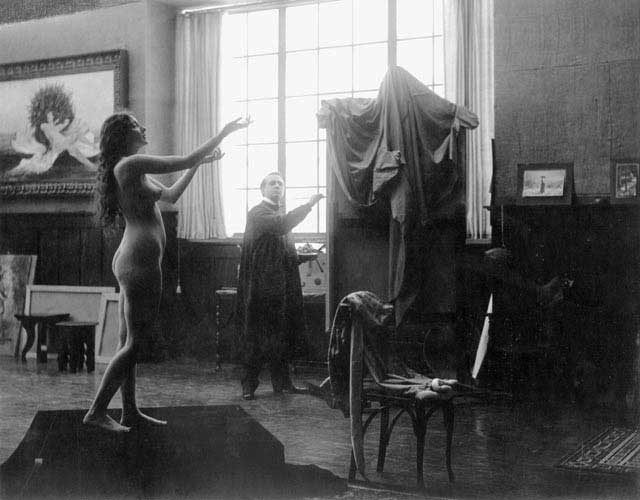 Thomas A. Curran and Audrey Munson

Thomas A. Curran and Audrey Munson in the film Inspiration (1915).

November 18, 1915, cinema saw its first nude woman, and people have been in a tizzy over sex and censorship on-screen ever since: “The bare breasts and buttocks of Audrey Munson, the actress in Inspiration, seemed to enter the public consciousness only obliquely. One contemporary critic wrote that the film was ‘both inspiring and intellectual,’ with Munson giving a performance of ‘innocence, modesty, and simplicity’; others noted that it was ‘daring’ and a ‘triumph of Film Art.’ One, the Daily Capital Journal, scoffed at the idea of anyone being offended by it. After all, it pointed out, this is a work of ‘extreme artistic and educational value,’ not a titillating striptease.” 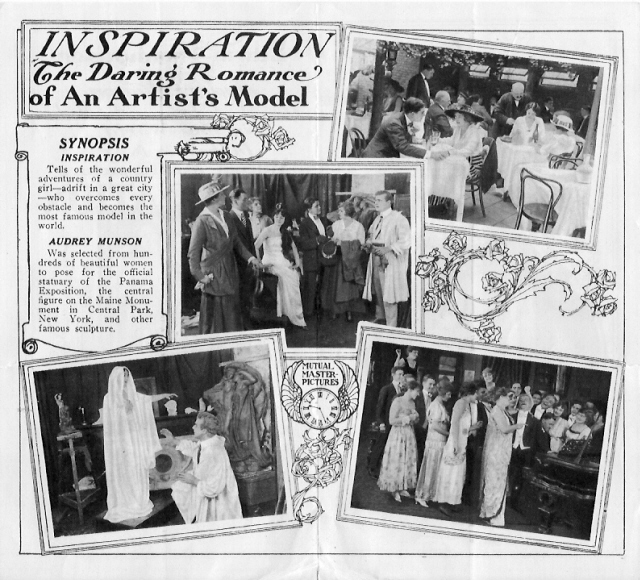 Sadly this film has been lost to time and is not available. We have only a few photos and our imagination.