The James A. Michener Art Museum is a private, non-profit museum located at 138 South Pine Street, Doylestown, PA. Founded in 1988 and named for the Pulitzer Prize–winning writer James A. Michener, a Doylestown resident. It is situated within the old stone walls of a historic 19th-century prison and houses a collection of Bucks County visual arts, along with holdings of 19th- and 20th-century American art. 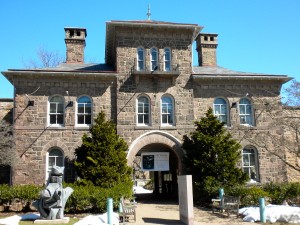 The James A. Michener Art Museum is known for its collection of Pennsylvania Impressionism an American Impressionist movement from the first half of the 20th century that was centered in and around Bucks County, Pennsylvania, particularly the area around the town of New Hope. 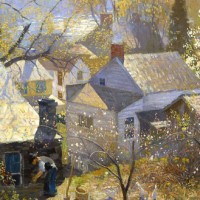 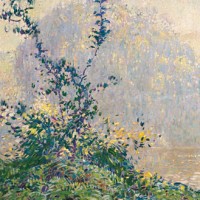 James Albert Michener was an American author of family sagas covering the lives of many generations in particular geographic locales and incorporating historical facts into the stories. Michener was known for the meticulous research behind his work.

Michener’s fiction novels include Tales of the South Pacific for which he won the Pulitzer Prize for Fiction in 1948, Hawaii, The Drifters, Centennial, The Source, The Fires of Spring, Chesapeake, Caribbean, Caravans, Alaska, Texas, and Poland. His nonfiction works include Iberia about his travels in Spain and Portugal; his memoir entitled The World Is My Home, and Sports in America. Return to Paradise combines fictional short stories with Michener’s factual descriptions of the Pacific areas where they take place. 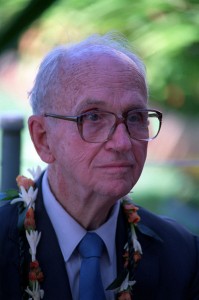 The James A. Michener Society was formed in the fall of 1998 and is composed of people who share a common interest in James Michener’s life and work.