Warning: "continue" targeting switch is equivalent to "break". Did you mean to use "continue 2"? in /homepages/29/d203955307/htdocs/allwoodc/courier/wp-content/plugins/social-networks-auto-poster-facebook-twitter-g/inc/nxs_functions_engine.php on line 175
 JFK’s Speeches | Allwood Courier ↓
Home Menu ↓
Home→iHist→JFK’s Speeches

In the fictional world of Saving Jackie K, the novel explores a scenario where JFK assassins botched their mission, killing First Lady Jackie Kennedy by mistake. This tragic outcome catapults the US into a chronic war with the Soviet Union.

In real life, John F. Kennedy is remembered as a proponent of peace. As one of the most skilled orators of the twentieth century, he used his speeches to promote unity among the nation, challenge Americans to land a human on the moon, and improve Cold War enmity with the Soviets. 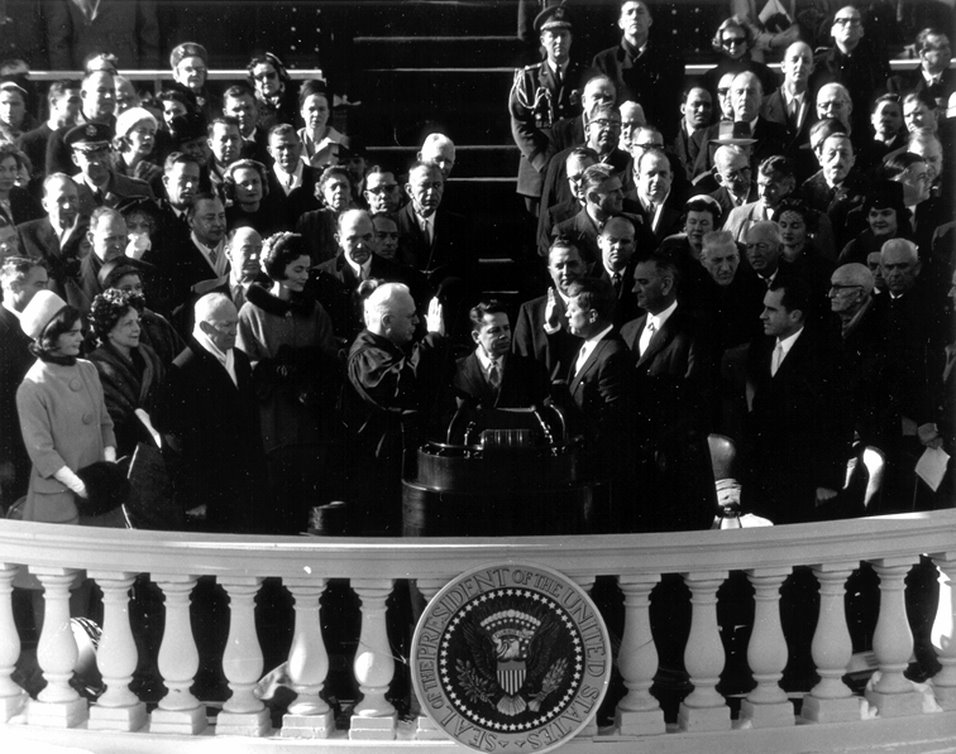 President Kennedy’s inaugural address is one of his most memorable and quoted speeches. In it, he calls on citizens to join together in the “struggle against the common enemies of man: tyranny, poverty, disease, and war itself.” He then rallies Americans with his classic “Ask not” entreaty: 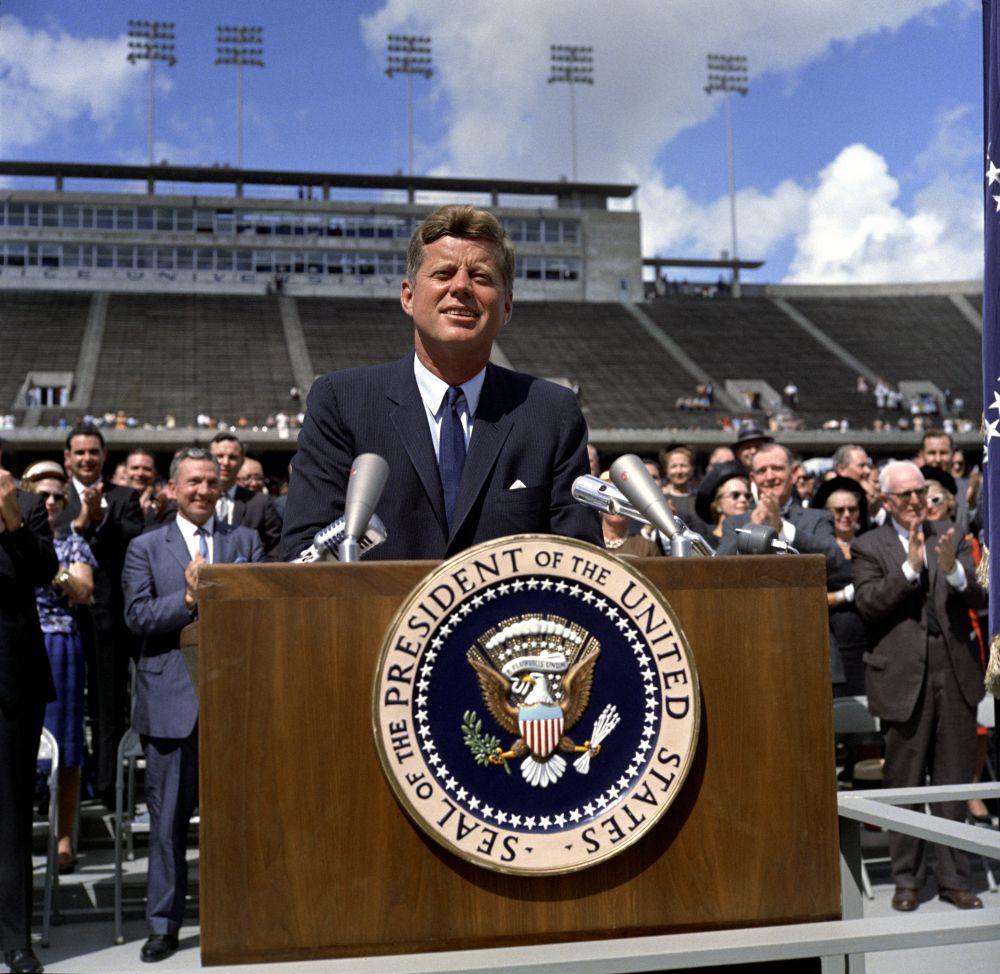 President John F. Kennedy delivers his iconic ‘Moon Speech’ at Rice University in Houston, Texas. Speaking from Rice Stadium, he declares that the United States intends to reach the moon before the end of the decade, and “become the world’s leading space-faring nation.”

UN Speech on Working Together

in the Conquest of Space

In a historic gesture, Kennedy proposes a joint expedition to the moon between the US and USSR, a bold move in the current climate of the ongoing Cold War between the nations. He famously asks, “Space offers no problems of sovereignty . . . Why, therefore, should man’s first flight to the moon be a matter of national competition?”

Kennedy tours Europe in 1963, and visits West Berlin where the Berlin Wall still stands. In his speech to over one hundred thousand, Kennedy utters his legendary phrase, “Ich bin ein Berliner” – “I am a Berliner.” His words are a reference to “all free men, wherever they may live” and underscores support for West Berliners, living in a democratic citadel surrounded by the Soviets’ Berlin Wall – a barrier that divides them from the Communism of Soviet-occupied East Germany, and the rest of the world.

“All free men, wherever they may live, are citizens of Berlin, and, therefore, as a free man, I take pride in the words ‘Ich bin ein Berliner.’”

The speech is considered one of Kennedy’s best, both a notable moment of the Cold War and a high point of his ‘New Frontier’ policies.

L.D.C. Fitzgerald, has transcribed JFK’s most memorable speeches, and grouped them by historical topic.

With Fitzgerald’s commentary adding geopolitical context, the speeches tell a riveting tale of the tumultuous era of Kennedy’s 1961-1963 presidency.

Through JFK’s written and spoken words, the reader will live (or relive) the momentous events of his time.