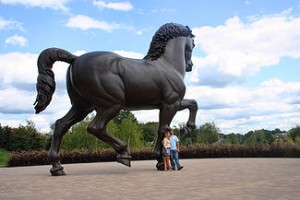 Leonardo’s horse, also known as Gran Cavallo, is a sculpture that was commissioned of Leonardo da Vinci in 1482 by Duke of Milan Ludovico il Moro, but not completed. It was intended to be the largest equestrian statue in the world, a monument to the duke’s father Francesco. Leonardo did extensive preparatory work for it, but produced only a clay model, which was destroyed by French soldiers when they invaded Milan in 1499, interrupting the project. About five centuries later, Leonardo’s surviving design materials were used as the basis for sculptures intended to bring the project to fruition. 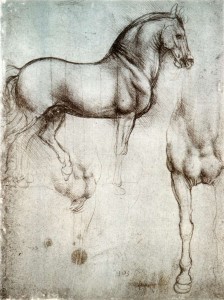 Leonardo had made numerous small sketches of horses to help illustrate his notes about the complex procedures for molding and casting the sculpture. But his notes were far from systematic, and none of the sketches points to the final position of the horse, with no single definitive drawing of the statue.

There have been many modern attempts to reproduce Leonardo’s horse.

The Da Vinci Science Center is located at the corner of the Hamilton Blvd. Bypass and Cedar Crest Blvd. in Allentown, Pa. They have a full scale replica of the Leonardo’s Horse . 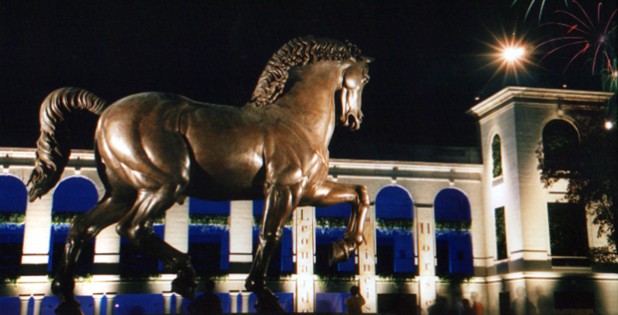 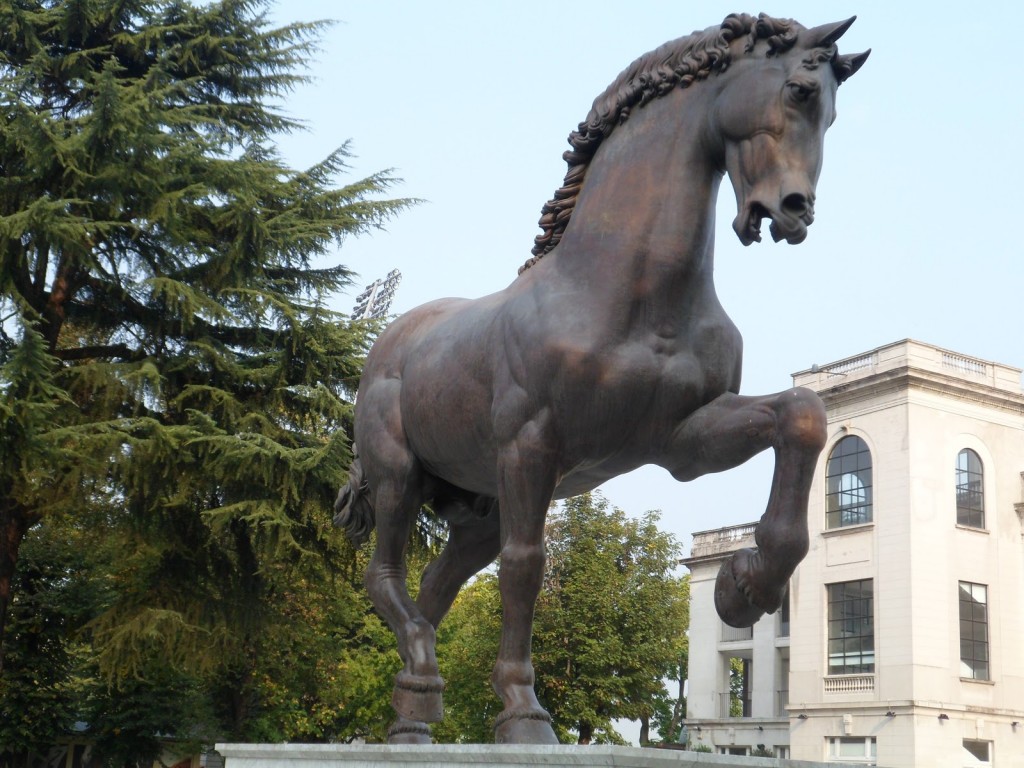 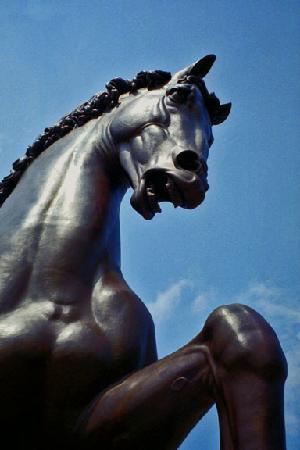 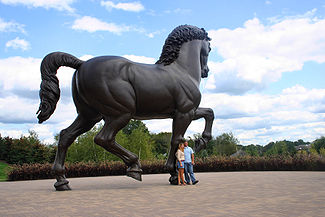