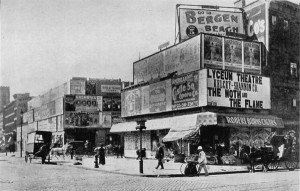 Raymond A. Mohl moved to New York City around 1880. The below was written about 1920. Read on to hear about the changes he saw in those 40 years.

Back in 1880, it was wise to watch where you walked. Horse-drawn trolleys provided the main form of transportation and pollution it seemed. Horses can produce 20 to 30 pounds of manure a day. Multiply that times a couple thousand, and you’ve got quite a mess. By the 1890s, electric streetcars had replaced horse drawn vehicles, running above or below ground to avoid the crowded streets. After Henry Ford introduced his Model T car in 1908, a pedestrian soon had to dodge not only the streetcars, but also a new urban menace–the automobile. Strangely enough, paved streets came about late in the century at the urging of bicyclists, not the automobile drivers. 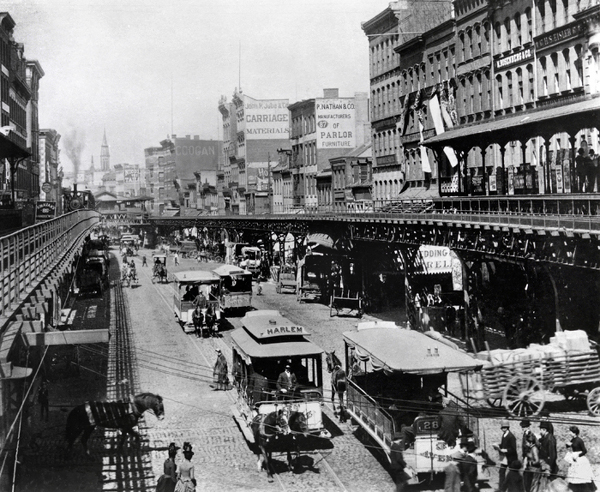 The family would spend my one day off from work in Central Park. Frederick Olmsted designed it in the 1850s as a refuge for city folk with its open fields and small lakes. Other cities did the same. Any excuse to get away from those tenement buildings. Four to six stories high, with four apartments on each floor, they held two or three families in each apartment, all with no elevator or indoor plumbing. We used cesspools and outhouses for sewage. And people just threw their garbage in the street. But the reformers and scientists stopped all that with sanitation laws. 500,000 people per square mile living on the Lower East Side got awfully crowded and smelly!

Walking to my factory job took me past the newest innovation in construction, the skyscraper. Elisha Otis’ electric elevator and the use of a structural steel framework allowed builders to erect the Woolworth Building in 1913–at 55 stories, the world’s tallest building. City planning has helped to make sense of where everything is going. They started it in Chicago after the 1893 Columbian Exhibition. 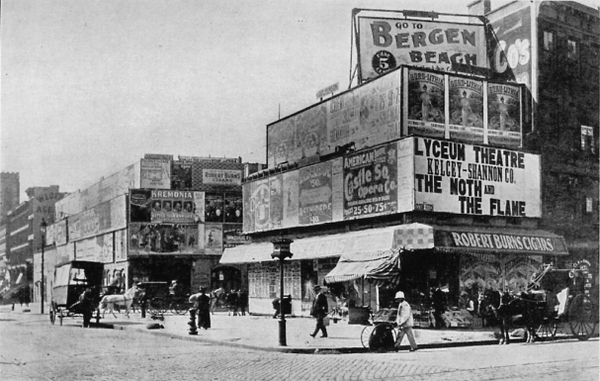 On the way, one might pass all sorts of new arrivals to the city. See that young man talking about how things are different on the farm where he’s from? He is just part of the large country-to-city migration that’s taken place within my lifetime. According to the most recent census, more people live in urban areas than rural ones for the first time in American history. Millions of immigrants poured into the cities, trying to get jobs and make a better life. The political bosses helped them out with jobs and food when they could, but the reformers keep trying to outdo them with their settlement houses and such.

Blacks have been flocking to cities since after the Civil War looking for better jobs and some political freedom. The labor shortage after 1914 brought millions more to the cities, but the problems they face are no less difficult than what they left behind on the Southern farms. Up north they face economic discrimination instead of just political. They piled into neglected and overcrowded sections like Harlem, where the white middle-class used to live before they moved to the suburbs. They still don’t have much political power, but it’s beginning to grow. 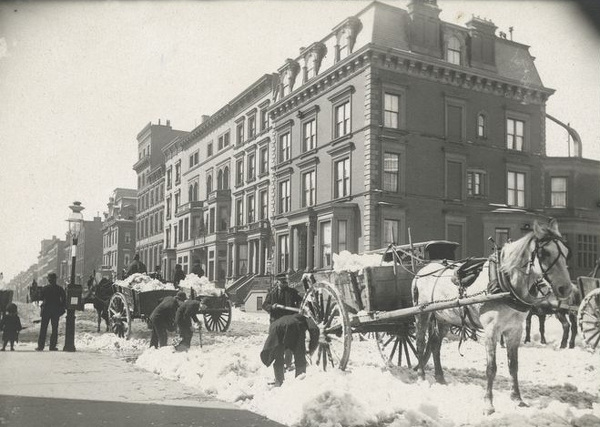