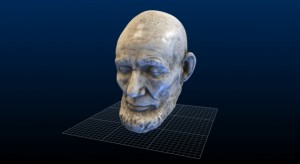 The Smithsonian Institution is launching a new 3D scanning and 3D printing initiative to make more of its massive collection accessible to schools, researchers, museums, libraries and the public worldwide. A tech team has begun creating 3D models of some key objects representing the breadth of the collection at the world’s largest museum complex.

You can browse the collection from the Smithsonian Web Site

Some of the first 3D scans include the Wright brothers’ first airplane, Amelia Earhart’s flight suit, casts of President Abraham Lincoln’s face during the Civil War and a Revolutionary War gunboat. 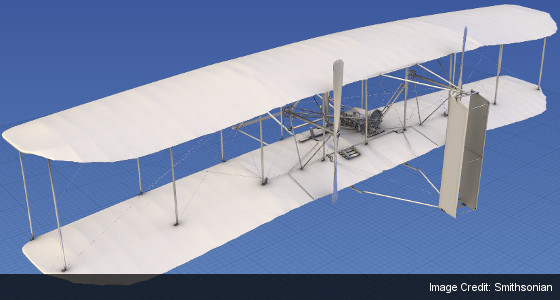 Less familiar objects include a former slave’s horn, a missionary’s gun from the 1800s and a woolly mammoth fossil from the Ice Age. They are pieces of history some people may hear about but rarely see or touch.’ So far they have posted 20 models, with the promise of many more to come.

They even have a model supernova remnant.

Dinosaurs, a mammoth and the first successfully powered plane are among exhibits to be scanned in 3D by a leading American museum. One of the world’s largest museums has launched an ambitious project to 3D scan its collection.

America’s prestigious Smithsonian museum is using the revolutionary technology to document its artefacts but also to share them through 3D printers and online.

3D scanning bounces lasers off objects using the echo to map them in space.

The process is used to build up 3D digital images of almost anything, regardless of size or complexity.
Adam Metello, 3D digitisation program officer, demonstrates the technology in action.