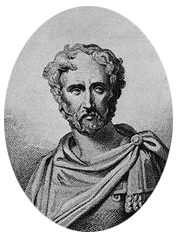 IHist The Grandeur That Was the Rome Empire in 75 AD

Gaius Plinius Secundus (AD 23 – August 25, AD 79), better known as Pliny the Elder, was a Roman author, naturalist, and natural philosopher, as well as naval and army commander of the early Roman Empire, and personal friend of the emperor Vespasian. Spending most of his spare time studying, writing or investigating natural and geographic phenomena in the field, he wrote an encyclopedic work, Naturalis Historia, which became a model for all other encyclopedias. 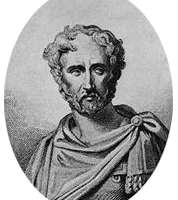 Pliny the Elder: an imaginative 19th-century portrait. No contemporary depiction of Pliny is known to survive.

Pliny the Elder provides us with a view of Rome’s architectural wonder in the year 75 AD it includes buildings inhabited for over 700 years and newly erected structures.

In great buildings as well as in other things the rest of the world has been outdone by us Romans. If, indeed, all the buildings in our City are considered in the aggregate, and supposing them – so to say – all thrown together in one vast mass, the united grandeur of them would lead one to imagine that we were describing another world, accumulated in a single spot.

Not to mention among our great works the Circus Maximus, that was built by the Dictator Caesar – one stadium broad and three in length – and occupying with the adjacent buildings no less than four iugera -about 2 acres- with room for no less than 160,000 spectators seated – am I not, however, to include in the number of our magnificent structures the Basilica of Paulus with its admirable Phrygian columns , the Forum of the late Emperor Augustus, the Temple of Peace erected by the Emperor Vespasian Augustus – some of the finest work the world has ever seen?

Frequently praise is given to the great sewer system of Rome. There are seven ‘rivers’ made to flow, by artificial channels, beneath the city. Rushing onward like so many impetuous torrents, they are compelled to carry off and sweep away all the sewerage; and swollen as they are by the vast accession of the rain water, they reverberate against the sides and bottoms of their channels. Occasionally too the Tiber, overflowing, is thrown backward in its course, and discharges itself by these outlets. Obstinate is the struggle that ensues between the meeting tides, but so firm and solid is the masonry that it is able to offer an effectual resistance. Enormous as are the accumulations that are carried along above, the work of the channels never gives way. Houses falling spontaneously to ruins, or leveled with the ground by conflagrations are continually battering against them; now and then the ground is shaken by earthquakes, and yet – built as they were in the days of Tarquinius Priscus, seven hundred years ago – these constructions have survived, all but unharmed.

But let us now turn our attention to some marvels that, if justly appreciated, may be pronounced to remain unsurpassed. Quintus Marcius Rex 144 B.C. upon being commanded by the Senate to repair the Appian Aqueduct and that of the Anio, constructed during his praetorship a new aqueduct that bore his name, and was brought hither by a channel pierced through the very sides of mountains. Agrippa, during his aedileship, united the Marcian and the Virgin Aqueducts and repaired and strengthened the channels of others. He also formed 700 wells, in addition to 500 fountains, and 130 reservoirs, many of them magnificently adorned. Upon these works too he erected 300 statues of marble or bronze, and 400 marble columns, and all this in the space of a single year! In the work which he has written in commemoration of his aedileship, he also informs us that public games were celebrated for the space of fifty-seven days and 170 gratuitous bathing places were opened to the public. The number of these at Rome has vastly increased since his time.

The preceding aqueducts, however, have all been surpassed by the costly work which has more recently been completed by the Emperors Gaius Caligula and Claudius. Under these princes the Curtian and the Caerulean Waters with the ‘New Anio’ were brought a distance of forty miles, and at so high a level that all the hills – whereon Rome is built – were supplied with water. The sum expended on these works was 350,000,000 sesterces. If we take into account the abundant supply of water to the public, for baths, ponds, canals, household purposes, gardens, places in the suburbs and country houses, and then reflect upon the distances that are traversed from the sources on the hills, the arches that have been constructed, the mountains pierced, the valleys leveled, we must perforce admit that there is nothing more worthy of our admiration throughout the whole universe.