Warning: "continue" targeting switch is equivalent to "break". Did you mean to use "continue 2"? in /homepages/29/d203955307/htdocs/allwoodc/courier/wp-content/plugins/social-networks-auto-poster-facebook-twitter-g/inc/nxs_functions_engine.php on line 175
 The ToonSeum | Allwood Courier ↓
Home Menu ↓
Home→Featured Site→The ToonSeum

ToonSeum or Pittsburgh Museum of Cartoon Art is a museum devoted exclusively to the cartoon and comic book arts, located in Pittsburgh, Pennsylvania. ToonSeum is one of three museums dedicated to cartoon art in the United States. ToonSeum moved to its own gallery space on Liberty Avenue in Pittsburgh’s downtown Cultural District on November 8, 2009, aided by the Pittsburgh Cultural Trust an a nonprofit arts organization formed in 1984 promote economic and cultural development in Downtown Pittsburgh. 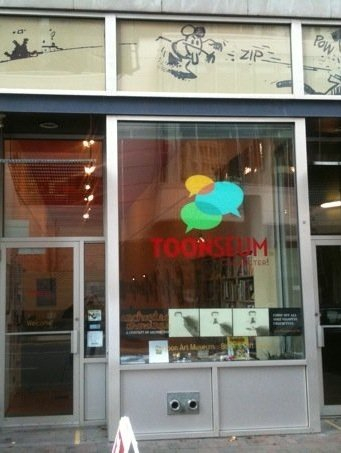 In 2009, the ToonSeum established its NEMO Award, given to notable individuals “for excellence in the cartoon arts“. Recipients to date include veteran comic-book artist Ron Frenz, editorial and comic-strip artist Dick Locher, and comics artist, editorial cartoonist and artists’ rights advocate Jerry Robinson. 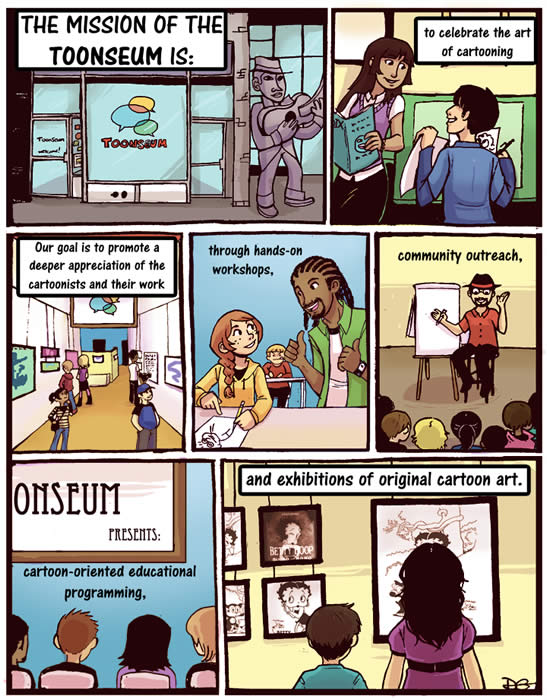 In May 2013, ToonSeum hosted the two day North American Conference of the National Cartoonists Society. In that same month, plans for expansion of the museum were announced. After 7 years as the volunteer director and founder, Joe Wos stepped down from the ToonSeum.

So Visit the ToonSeum Today!