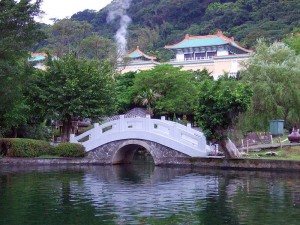 By Number of Visitors

See Part 1 of Top Museums and Galleries By Number of Visitors.

In order to know how to best run your Museum or Gallery let us look at the most visited places in the world today. For a full list of the most visited museums from Wikipedia – click here. It is always a good to see what the competitors are doing.

Tate Modern is a modern art gallery located in London. It is Britain’s national gallery of international modern art and forms part of the Tate group – together with Tate Britain, Tate Liverpool, Tate St Ives and Tate Online. 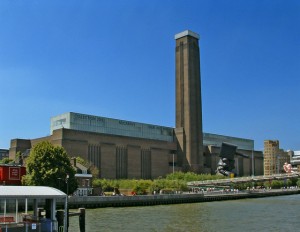 The Tate is the most-visited modern art gallery in the world, with around 4.7 million visitors per year. The Tate is based in the former Bankside Power Station, in the Bankside area of the London Borough of Southwark. Tate holds the national collection of British art from 1900 to the present day and international modern and contemporary art. 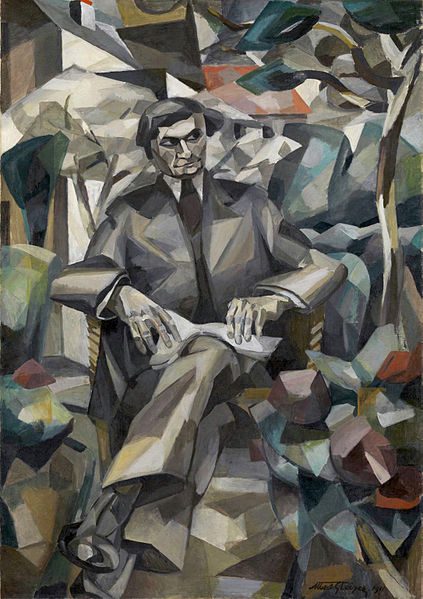 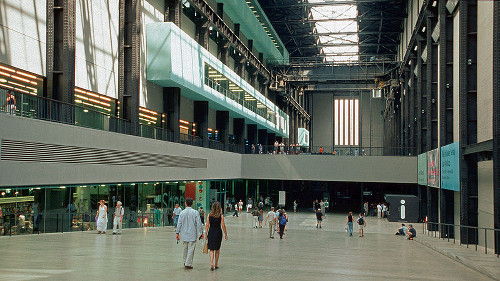 Many more Tate Modern images are at Wiki Commons.

The National Palace Museum is an antique museum in Shilin, Taipei, Republic of China. It is one of the national museums in the island nation of the Republic of China, Taiwan, and has a permanent collection of more than 696,000 pieces of ancient Chinese imperial artifacts and artworks, making it one of the largest in the world. 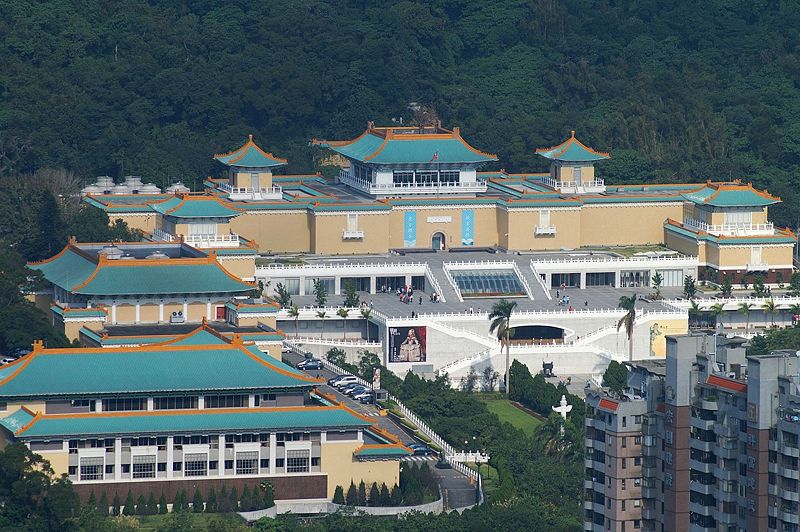 The collection encompasses over 10,000 years of Chinese history from the Neolithic age to the late Qing Dynasty. Most of the collection is high quality pieces collected by China’s ancient emperors.

The “One Hundred Horses”: A painting done in 1728 by Giuseppe Castiglione by implementing a mixture of western artistic skills and utilizing eastern materials to realize a sense of realism to this native theme. 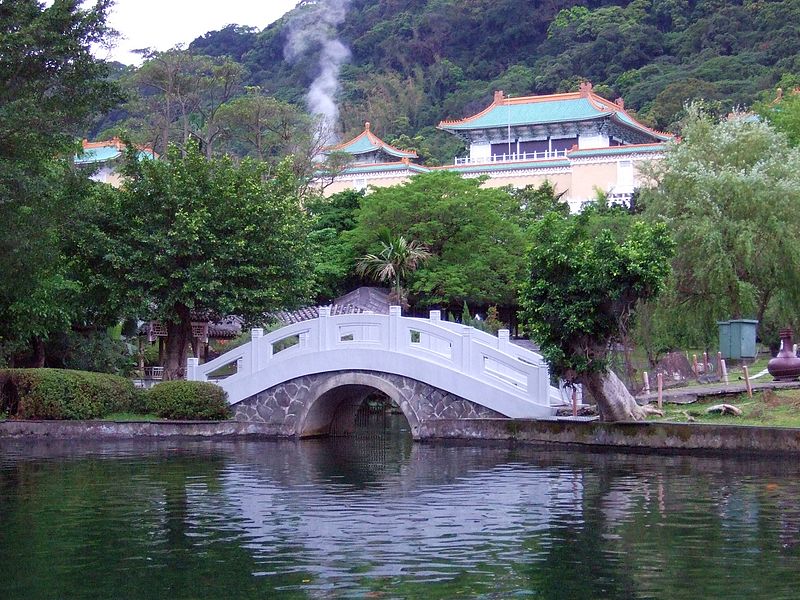 A view of the National Palace Museum in Taiwan from on of the surrounding gardens. 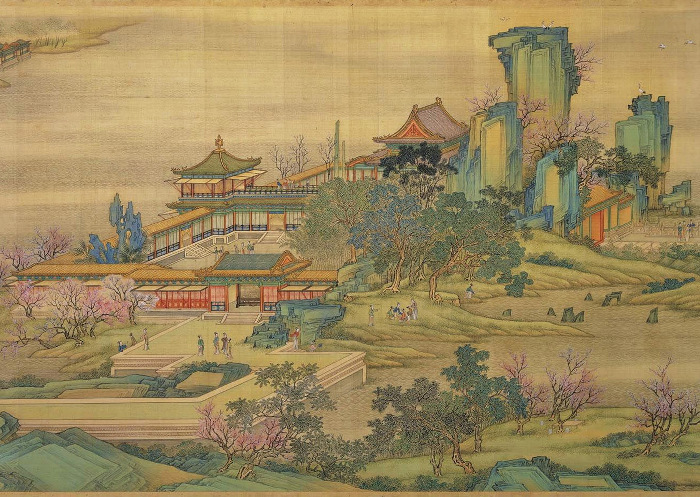 A scene of the “Qing Palace version” of the Along the River During the Qingming Festival, an 18th-century remake of the 12th century original.

Many more National Palace Museum images are at Wiki Commons.

Number 8 The National Gallery of Art

The National Gallery of Art and its Sculpture Garden are a national art museum in Washington, D.C., located on the National Mall, between 3rd and 9th Streets, at Constitution Avenue NW. Open to the public and free of charge, the museum was privately established in 1937 for the people of the United States of America by a joint resolution of the United States Congress. Andrew W. Mellon donated a substantial art collection and funds for construction. 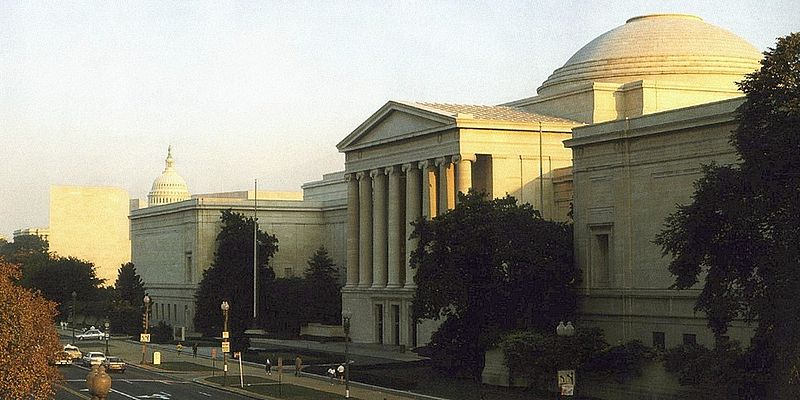 The National Gallery has an impressive Mobile App – Your Art Mobile App where you can:

Find works of art by artist name, nationality, theme of the work, or location on the map

Zoom in to high-resolution images

Prepare for your visit with maps, hours, and other important visitor information

The Gallery’s collection of paintings, drawings, prints, photographs, sculpture, medals, and decorative arts traces the development of Western Art from the Middle Ages to the present, including the only painting by Leonardo da Vinci in the Americas and the largest mobile ever created by Alexander Calder.

The Gallery’s campus includes the original neoclassical West Building designed by John Russell Pope, which is linked underground to the modern East Building, designed by I. M. Pei, and the 6.1-acre Sculpture Garden. 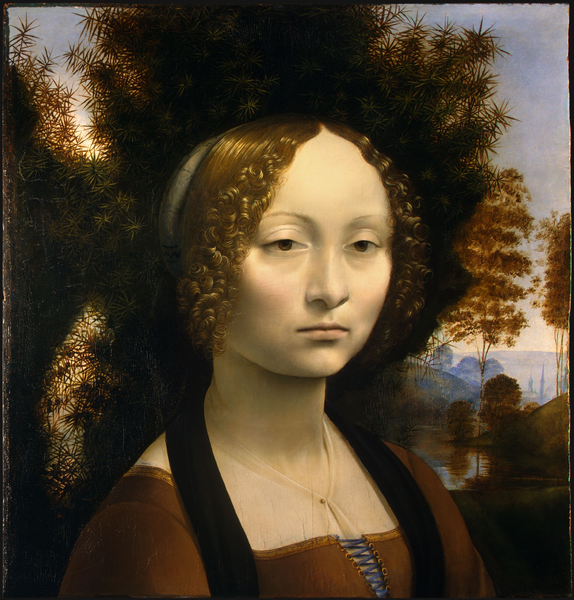 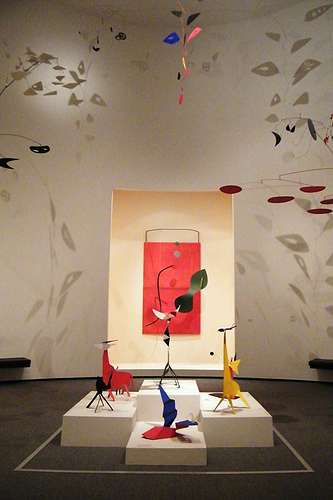 Calder room at National Gallery of Art in Washington, D.C. 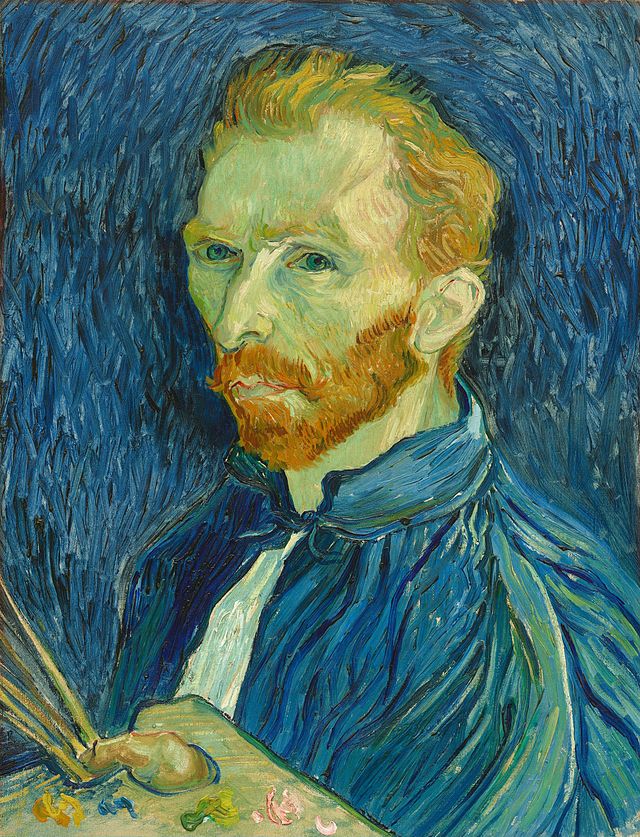 Many more National Gallery of Art images are at Wiki Commons.

The Musée National d’Art Moderne, National Museum of Modern Art is the national museum for modern art of France. It is located in Paris and is housed in the Centre Pompidou in the 4th arrondissement of the city. 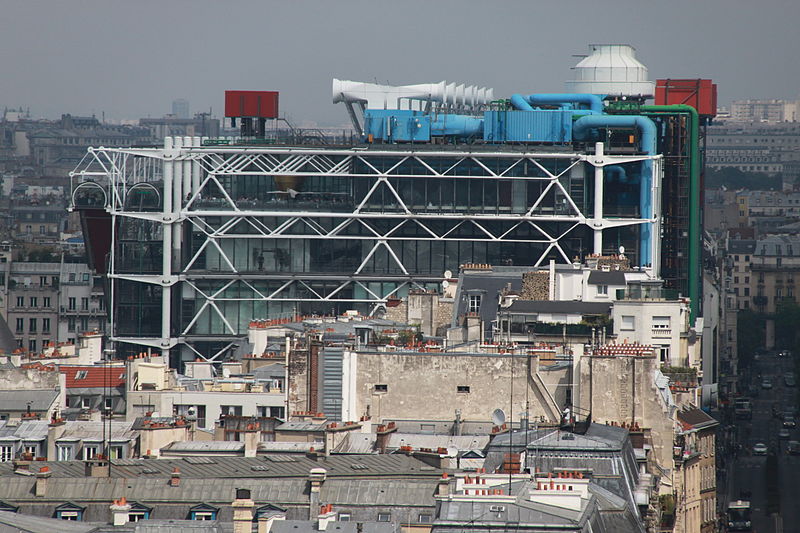 The museum has the second largest collection of modern and contemporary art in the world, after the Museum of Modern Art in New York, with more than 100,000 works of art by 6,400 artists from 90 countries since Fauvism in 1905. These works include painting, sculpture, drawing, print, photography, cinema, new media, architecture and design. A part of collection is shown every two years alternately. The works displayed in the museum often change in order to show to the public the variety and depth of the collection. 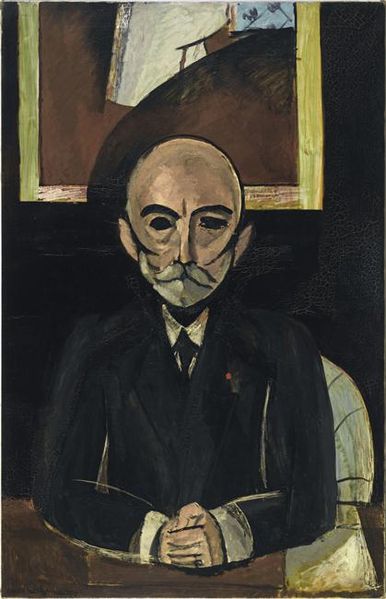 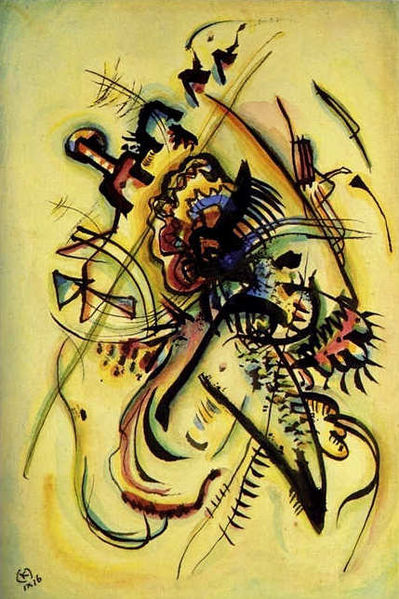 Wassily Kandinsky, To the Unknown Voice 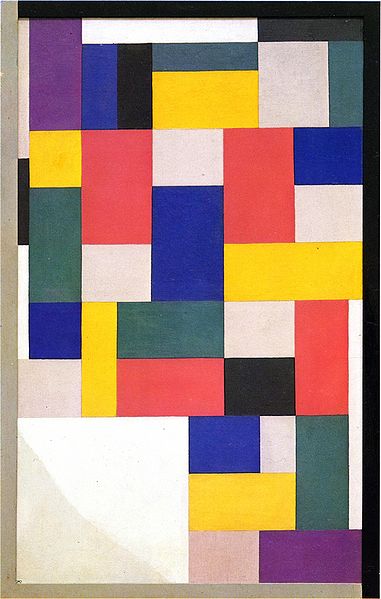 The Musée d’Orsay is a museum in Paris, France, on the left bank of the Seine. It is housed in the former Gare d’Orsay, a Beaux-Arts railway station built between 1898 and 1900. The museum holds mainly French art dating from 1848 to 1915, including paintings, sculptures, furniture, and photography. It houses the largest collection of impressionist and post-impressionist masterpieces in the world, by painters including Monet, Manet, Degas, Renoir, Cézanne, Seurat, Sisley, Gauguin and Van Gogh.

The museum building was originally a railway station, Gare d’Orsay, constructed for the Chemin de Fer de Paris à Orléans and finished in time for the 1900 Exposition Universelle to the design of three architects: Lucien Magne, Émile Bénard and Victor Laloux. It was the terminus for the railways of southwestern France until 1939. 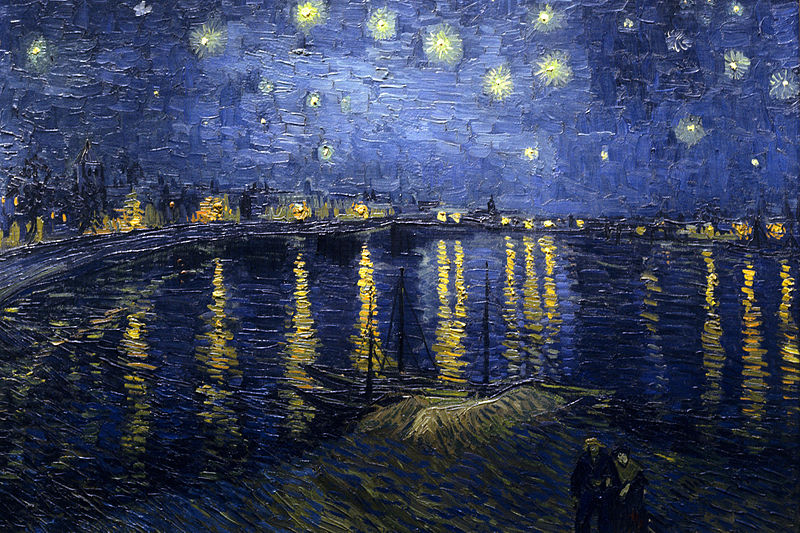 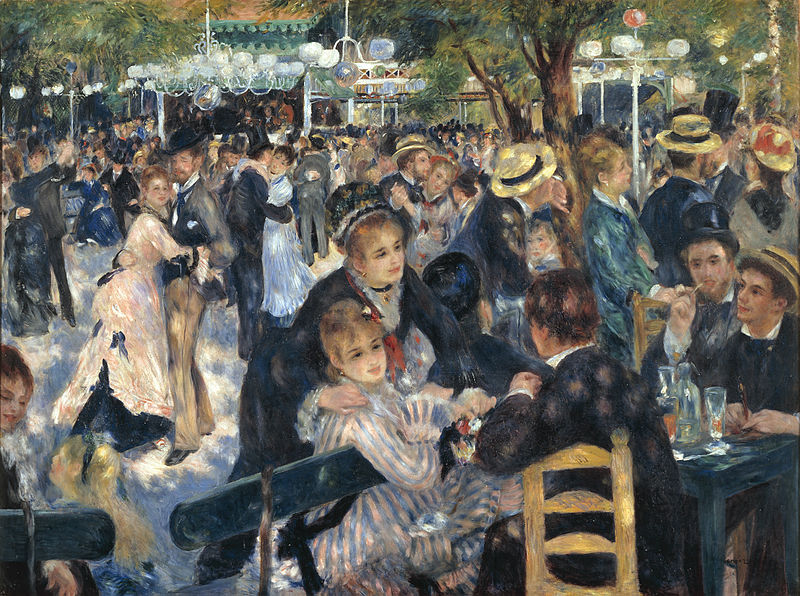 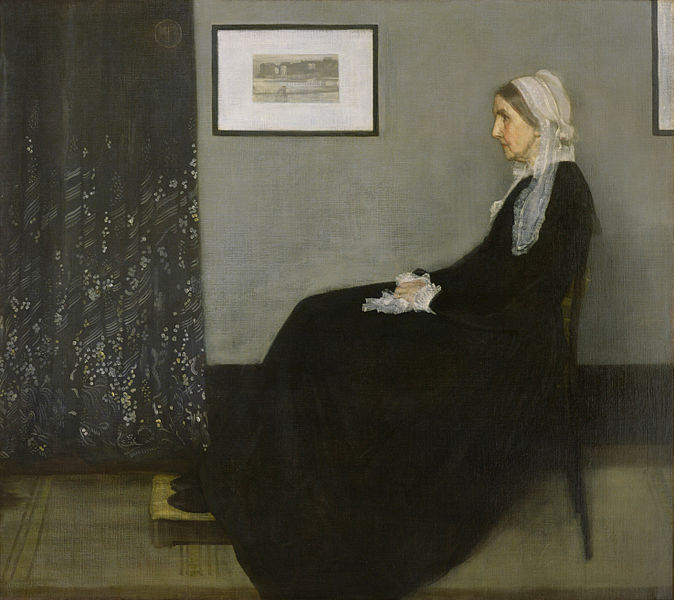 Many more Musée d’Orsay images are at Wiki Commons.

See Part 1 of Top Museums and Galleries By Number of Visitors.