Library of the Future

In the 21st century the libraries face many challenges. People are moving away from the printed page to digital screens for information and communication. How is the library to keep up?
Library leaders are adapting to this shift by reimagining the library as an engaged community center. The role of librarians is being re-branded to reflect their expertise as content curators and trusted navigators in an ever-expanding ocean of information, in whatever format it may exist.

Walk into Arlington Heights Memorial Library you will see an expansive, open space. Several dividing walls have been removed. One section of the library, called Marketplace, looks like a supermarket aisle, with thousands books, DVDs and CDs. Books are shelved with covers, rather than spines, facing out. Marketplace accounts for more than one-quarter of the library’s 2.6 million book circulation. It is much easier to find a book here than under its 641.5, Dewey Decimal System. 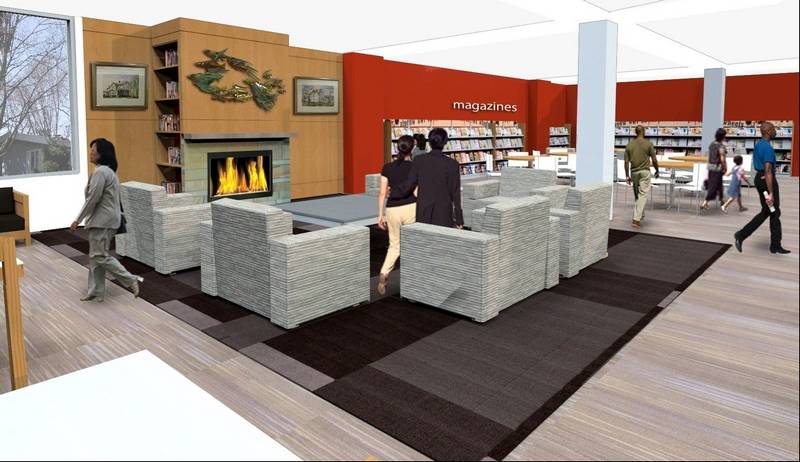 Here’s a glimpse of some of the relatively new services available at progressive local libraries.

What will your library look like in the future?

Libraries are changing and a serious re-think is in order. The city of McAllen, Texas, purchased a vacant 123,000-square-foot former Walmart that a Minneapolis architectural firm transformed into a new main library. In existing libraries, former storage areas and the elimination of stacks of reference books and magazine back issues have enabled architects to give old spaces new life. A study of the Pew Internet & American Life Project indicated that 59 percent of library users want more comfortable reading areas. Glenview Public Library and Arlington Heights Memorial Library both feature living room-like spaces with plush chairs and fireplaces.

Another major trend in library design, digital studios, began as a way to entice a younger, digitally savvy audience. Now, library directors report, adults are flocking to them to convert old photographs and vinyl discs to digital formats and to create podcasts. Local businesses are using studios to make marketing videos.