With citizens storming airports protesting foreign travel bans, and walls being erected on our southern border many are wondering, “What’s next?”

Imagine a world where the US government monitors the movements of citizens within the fifty states. What if you needed a passport to travel from New Jersey to Pennsylvania? Or California to Nevada? Envision guards standing at walled checkpoints conducting “Extreme Vetting” on the border between Wisconsin and Illinois.

Enter a #dystopian nightmare where legal residents are detained by an authoritarian regime, hell-bent on keeping its population in line. Where a nation’s capitol was obliterated in a nuclear war, and people live in a constant police state.

Read Saving Jackie K, an alternate reality where a botched assassination half a century ago forever changed the course of human history. 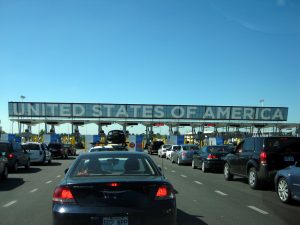